Building a marketing plan for a e-service customer is an ongoing and challenging process. The Eighteen Knowledge Group (EKG) team partnered with GiftCrowd to help the brand increase and deepen their brand awareness. We needed tools to help us with the branding process as well as accurate as possible tools to measure our success and ROI. EKG chose to initiate an email campaign which targeted parents that are also social media influencers. This market was a good target as the GiftCrowd product speaks directly to those busy parents. Our goal was for online influencers to relate to the brand and relay to their followers. Each one of those potential conversions will help calculate the ROI for the campaign

The following case study lays out the details of the marketing strategy building process and execution and also presents our results and conclusions. Although we keep in mind that each brand is different, any brand can use this case study as a foundation for their own email campaign structure building and execution.

GiftCrowd is a e-gift service with a focus on group gifting. Group gifting has become a major convenience with an added bonus. When buying a gift, you are able to cut the cost and buy a gift more expensive. GiftCrowd has a four-step process that allows the sender to start a gift, contribute, invite others to chip in, and set a date for when to send it. There are plenty of websites that allow people to send e-gifts, but GiftCrowd has an enticing incentive in which the receiver can choose the denomination and the store. With over 60 brands to choose from, receivers can choose from a selection ranging from Amazon and Home Depot to Nordstrom and Kohls. 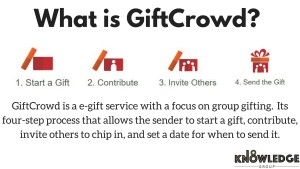 GiftCrowd is a great solution for many busy parents, how do you save time and money at the same time and easily? The challenge was and is with most startups, “ How do you get the word out about this wonderful service? How do you transform from a great idea to a best seller service? This is the problem EKG was hired to solve.

Among other tactics that we used to build brand awareness for GiftCrowd the email marketing process is the one we are focused on in this case study. As with every marketing plan, it is important to use more than one tool and method but always create the ability to measure each of the methods separately to better estimate and calculate ROI.

Social media influencers are overnight entrepreneurs that have become a new wave of celebrities. They have capitalized across all social media platforms using their talents and skills to build a brand. Their audiences have surpassed hundreds of thousands into the millions. Influencers are compensated with either money or samples and in some cases, both. Brands offering both products and services have noticed the shift and importance of utilizing these influencers and have incorporated them into their marketing strategies.

Social media influencers, moms in particular, were chosen for GiftCrowd. Mom bloggers/vloggers have a prevalent presence on social media. They share lifestyle tips, tricks, and experiences on a daily basis. Other moms relate and see the influencers as a distant friend. The authenticity that they provide was a perfect match for GiftCrowd.

With mom bloggers as the chosen target audience, the Eighteen Knowledge Group (EKG) team curated a strategy to introduce GiftCrowd. 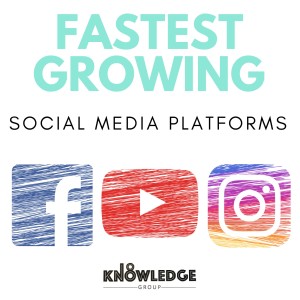 Mediakix is an influencer marketing agency with a vast selection of clientele ranging from Uber and Hautelook to LG and Universal Studios. Their head of marketing, Jeremy Shih, stated:

The social media platforms listed above were used as a resource. The information provided typically has an email to contact as well as a link to their chosen platform whether it’s a website or a YouTube channel. It is common to see influencers have a link embedder with multiple links to reach all their social media. Instagram only allows for one link to be listed. Adding in a link list shows just how far a brand can reach as the service would be shared across all platforms.

EKG’s in-house team located potential candidates across Instagram, Facebook, and Twitter. With diligent investigation, the following was logged: contact name, email, and social media platforms. The overall process took about a week. A substantial amount of time was spent double checking all information listed to ensure it was relevant and current.

The list of mom influencers was imported into an email marketing service. These services have import features that allow you to input the contact name which is beneficial when analyzing the statistics. It is harder to differentiate between who is who without their name listed Once the list was imported, a general email was created with a template that briefly introduced GiftCrowd. We also added a video that tackled the problem many moms face, gifting a child’s birthday gift. The brief clip explained the issue along with the solution that GiftCrowd provides. Furthermore, a call to action was included as well to initiate the conversation. The direct action of “Contact Us Today” was used instead of “Find Out More” or “Learn More.”

Timing is important when sending emails. The mass email was scheduled and sent to the influencers on a Wednesday at 1pm. This time around we used a smaller list to test our methods. Larger lists, such as hundreds or thousands, could be divided and sent in batches. Sending in the middle of the week was a surefire way to get the desired reach.

It is not recommended to send late at night, on the weekends, or Mondays. With the overflow of emails, Monday’s are a red flag as most people are flooded with what was sent late Friday and over the weekend. Tuesdays through Thursdays are the most ideal days of the week. As for the time, midday from 1-3pm is suggested. Sending any earlier than that would not be beneficial. During that time people are commuting or starting their work day and emails are suppressed among the others.

The reach of the mass emails sent were thoroughly analyzed within 24 hours. The email service provided statistics on how many deliveries were successfully sent. The EKG team was able to cross-check the current list and eliminate any with an incorrect contact. The service also provided how many people opened the email to how frequently they opened. This helped to rank the mom influencers and determine who had the highest interest. Furthermore, we were able to see what time the emails were opened. The timing would help gauge what time would be best to send again to that group going forward.

We modified the initial list created with information from the email assessment. The mom influencers that showed interest were logged into a new document with a tally of who opened the most. Additionally, a personal connection that would benefit GiftCrowd was listed. There was a new list created so that the initial list would be kept intact to use and review at a later date. 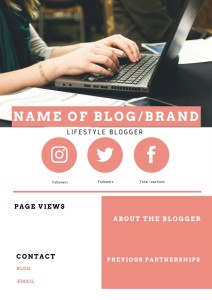 It is important to request a media kit from the influencer regardless of how large or small they are. It consists of their follower count for all active social media platforms along with any previous partnerships. Additionally, bloggers include their mission as well as statistics. The statistics include their unique visitors, monthly view count, and age demographic. This document aides in deliberation of whether the influencers will complement a product or service.

This case featured three sets of results. The first was the list compiled of the various mom influencers. The second, how many of them showed interest. The third set was how many responded to the personalized email.
From the list compiled, the EKG team noticed that not every mom influencer logged was a compatible match with GiftCrowd. The underlying issue was that they were moms with a focus on fashion or travel with their children/families. About 15% were removed from the initial list before any mass emails were sent. The ones that remained on the initial list had an active blog, YouTube channel, or overall social media presence. 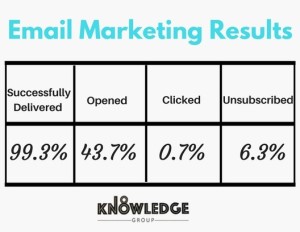 The second set of results came from the mass email sent through the email marketing service. Successful deliveries were 99.3% with 43.7% opening it. There was 6.3% that unsubscribed, but emails coming from an email service are usually viewed as spam. The service helpful in giving an overview of who showed interest and who would be contacted first. Nearly 50% of the successful deliveries showed interest.

The final set of results was to contact the 43.7% in the personalized email. The result of the personal follow-up was a 25% response with positive feedback. Moreover, the general consensus of was a request for more information on how both sides would benefit from the collaboration.

What Yielded the Best Results

Social media influencers must be built into the strategy of any brand as they hold a special key. As the influencer evolves, so does the reach of that product or service. Exclusivity is a selling point for their audience as they feel they are getting in on the “breaking news” as well. For smaller companies, this is such a special partnership as both the brand and influencer can grow together. Having an influencer representing your brand makes it relatable and not out of reach to the average consumer.

What Could Be Done Differently in the Future

The time spent researching could have been cut in half with a redirection of which social media platforms would work best. The platform that produced the best results was Instagram. We also discovered that not all mom influencers had a Facebook and that the platform with the most engagement was Instagram. Additionally, not every platform had the same number of followers. The information provided in media kits or from a basic search helped to see the exposure GiftCrowd would have across the various platforms.

YouTube is a platform that needs the same amount of time and consideration as the other social media platforms. There is a substantial amount of family and mom vloggers that could showcase GiftCrowd in one of their videos. Many range from a few thousand to hundreds of thousands. Incorporating vloggers in addition to bloggers maximizes the research efforts.  Furthermore, the focus initially was on bloggers instead of both.

With the success of the mom influencers, the next challenge would be to find a new group that would benefit from the service GiftCrowd provides.

Sharon Shichor is the CEO of Eighteen Knowledge Group LLC, your solution and knowledge base for brand building and getting your products and services in the hands of consumers.

Want to learn more about Marketing solutions and trends? Visit our company page and blog for more on the subjects that affect your company’s daily operations the most!