Amazon’s transition to a brick-and-mortar furniture store may be on the horizon.  Amazon has come a long way 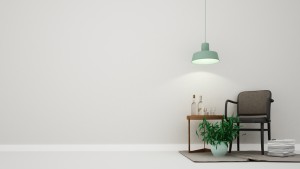 from its early beginnings as an online bookstore. They are constantly evolving and changing the landscape of what is to be an e-commerce business. While they dominate online, they are slowly putting wheels into motion for brick-and-mortar stores. Amazon Books is in full swing with locations in New York City, Seattle, and San Diego to name a few. There has been a discussion of Amazon possibly moving furniture to a physical location. Concerns surrounding that possible shift is what does that mean for competition. Is this a change that Amazon can efficiently execute? They have had great success, but will transition into actual stores be the same?

Amazon has amplified their furniture selection in recent years by adding Ashley Furniture and Jonathan Adler home décor. To stay afloat in the furniture realm, they have the advantage of speedy shipping. This incentive that they have relied on for years has kept their customer base stronger than ever.

Ikea has officially been added to the Amazon lineup. This is a huge move especially with Ikea not being easily accessible. Prime Members will benefit with free shipping being an option. For those that do not have a Prime membership, shipping is still cheaper in comparison to the Ikea shipping prices.

With Amazon being the e-commerce base that they are, expect their store to be filled with plenty of technology. The proposed idea for the brick-and-mortar furniture store is that it would serve as a virtual showroom. Customers would see what they want and then order it online. The purchase process would be the same as ordering on a computer or smartphone, but the showroom aspect is a more hands on approach.

Amazon CEO, Jeff Bezos did comment on the prospect of moving Amazon into physical stores.

Although no official plans have been set in stone, the virtual reality may work. It’s easy to buy books, music, clothing, and smaller items online. When it comes to larger pieces such as furniture and appliances, there is a preference to seeing it up close and personal. The disadvantage is for customers that prefer to touch and feel the product before purchasing. It’s a form of bonding. A digitized showroom will not allow that.

Buying furniture online also has the downside of a trained professional to set it up for you. That is a plus with a brick-and-mortar location. Amazon incorporating that standard is an additional incentive. With the hypothetical virtual showroom, Prime Members would still have their benefits since the items would be purchased online. For a virtual store to run smoothly there are many possibilities to consider ensuring the ultimate customer experience.

There are a lot of stores that sell furniture, but a few are standouts among the crowd. The largest furniture supplier and retailer is Ashley Furniture. As noted, Ashley Furniture is currently sold on Amazon. Another huge competitor would be Walmart. Walmart, in particular, has had quite a rivalry with Amazon for some time throughout other areas.

Ashley Furniture’s first store opened in Alaska in 1997 although the company was created in 1945. Over the past 20 years, they have opened over 500 locations making them a permanent fixture in the furniture world. In 2005, they became the world’s largest manufacturer of furniture. Two years later they surpassed Walmart as the #1 retailer of furniture and bedding in the United States.

“While the industry must compete with Amazon as they potentially build out a physical store footprint, the silver lining is that Amazon has realized that physical stores are necessary for the consumer experience as they shop for home furnishings.”

Walmart is a different type of competitor as they do not only sell furniture. Hence the rivalry with Amazon due to both having a diverse range of products. Their model is similar to Amazon with customer buying what they want and assembling it themselves. With Walmart having the physical location over Amazon, they are a strong contender.

Regardless of whether Amazon makes the furniture move to brick-and-mortar anytime soon, they have a rapport that will be helpful. Their online success could catapult into a new venture of physical locations. In the meantime, their current brick-and-mortar locations give customers an up close and personal look at Amazon and their future projections.